The National Citizens Alliance (NCA) Indigenous policy is based upon zero tolerance for abuse of First Nations, Inuit, non-status Indians, and Métis people from coast to coast to coast. In addition, our policy is based upon the inherent recognition of all Canadian Indigenous as the first nations of Canada (First Nations, Inuit, Métis). Further, our policy based upon the Declaration on the Rights of Indigenous Peoples (UNDRIP), and NCA democratic values including freedom, transparency, accountability, and inclusion. The foundation of the NCA Indigenous policy is a people-based democracy: government by, for, and of the people.

In creating its Indigenous policy, the NCA consulted persons with specialized backgrounds in Aboriginal affairs and Indigenous people themselves to gain perspectives, information, and feedback on our statement and approach. However, the Indigenous policy is reflective solely of the NCA values, principles, and mission. The NCA Founding Document demands that the party not submit to special interests in policy or practice  when it is counter to the interests of the broad public good. The NCA will never support policies that compromises its values, principles, or mission. 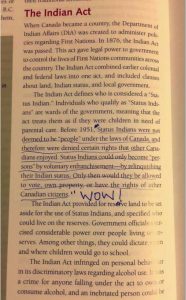 The NCA supports the following policies relating to Indigenous peoples:

● NCA is horrified by the genocidal acts against the Indigenous people of Canada including the residential schools and now thousands of mass graves and unmarked graves. NCA will implement justice against those organizations responsible including the Liberal Party of Canada and Conservative Party of Canada that had ultimate responsibility for these genocidal acts. NCA will implement genocidal trials to ensure that justice has been served. The Government of Canada and its establishment parties are stained with innocent blood.

The NCA Indigenous policy overall beings with some basic conceptions that are lacking:
● Recognize ALL Canadian First Nations people

● Create the conditions for Indigenous peoples self-sufficiency and increased productivity. We will do this through immediately hiring contractors, Aboriginal contractors if possible, to work on every reserve across Canada to build better housing and clean water for First Nations, Inuit and Métis people. The contractors will work with the Indigenous people in a self-help program.  In addition, we will work hard within the reserves to transition Indigenous peoples for a better way of life through training them in money management, and other jobs and careers.  To fund this long overdue initiative, we will use government money, as well as Aboriginal funding through Indigenous and Northern Affairs Canada (INAC). We will no longer tolerate Indigenous peoples to be used as second and even third class citizens.

● Reform the Indigenous self-governance/internal political structures (First Nations government, Métis Federation of Canada, Inuit Circumpolar Council, and Mi’kmaq Council) so that Indigenous leaders are more representative, accountable, and transparent to their communities. The NCA will establish mechanisms for recall of Indigenous representatives, citizen-initiated policy, and citizen-initiated referenda. This approach aligns with the NCA democratic reform policy for federal governance. In addition, the NCA will subject Indigenous political structures and procedures to the support of at least 70 percent of the relevant Indigenous people, and 50 percent quorum of the relevant Indigenous people

The NCA recognizes First Nations people along with Anglophone and Francophone as foundational to Canada. Indigenous peoples are integral to the identity, culture, and prosperity of this country, and provide a unique perspective on Canada and its future. As outlined above, the NCA will implement a federal Indigenous policy that supports Indigenous peoples to be secure, profitable, and self-reliant in their distinct communities while respected, consulted, and confident in their position and contribution to the Confederation. The NCA will work with any party that shares this approach.