* National Citizens Alliance supports the legalization and regulation of cannabis as it stands.

The criminalization of cannabis in Canada in the early 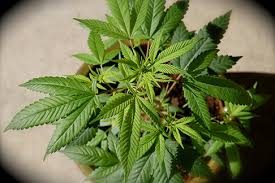 20th century occurred under circumstances that no longer exist today. Its criminalization contradicts the National Citizens Alliance (NCA)’s values of freedom, fairness and transparency, and it is not reflective of the majority view of Canadians. The NCA believes cannabis should be legalized with comprehensive regulations for recreational, medicinal, and commercial uses. The government should play a role in regulating these uses through appropriate legislation, supporting regulatory enforcement agencies like the police, monitoring the impacts of decriminalization, taxing the sales of cannabis and cannabis related products, and allocating tax dollars for appropriate use.

In the early 1900’s, western hostility toward Chinese Canadians was high. Chinese immigrants were seen as a threat to “white” Canadian employment. Wrapped up in this sentiment, was the perception that opium was a Chinese drug that threatened white-Canadian society.

Canada’s first anti-drug law was the 1908 Opium Act, seen largely directed at Chinese in Canada in response to the burgeoning opium trade in western Canada. The federal government perceived this trade as a threat to the well-being of Canadians. As public hysteria over drug use escalated, government enforcement and scope also increased. In 1923, marijuana was added to the list of prohibited substances, which also included harder drugs like cocaine. We have little information today to tell us why marijuana in particular was included. Nonetheless, apart from the heavily regulated cultivation, distribution and use of cannabis for medicinal purposes, cannabis (marijuana) is illegal presently under the Controlled Drugs and Substances Act – 1996, which provides the police enforcement regulations as set out under the Controlled Drugs and Substances Act (Police Enforcement) Regulations of 1997.

The NCA believes that the conditions as outlined above that contributed to the criminalization of cannabis no longer exist today. Therefore, we assert that it makes no sense to maintain anti-cannabis laws without considering the issue under the lens of today’s conditions, values, and objective research.

As mentioned, the criminalization of cannabis contradicts three of the NCA’s founding values: Freedom, Fairness, and Transparency. Although we acknowledge that cannabis is a drug, we realize that it will be in society with or without its criminalization, and therefore, we believe reasonable regulation without crimialization makes sense.

In a political sense, freedom is the ability to behave as one wishes without interference from the government, provided one is not violating the rights of others in the process. Freedom gives us the right to pursue our interests. By criminalizing cannabis, the Government of Canada is intruding on the freedom of its citizens to buy, sell, and consume what they wish.

The NCA value of fairness is manifest in the widely accepted legal maxim that, “the punishment should fit the crime.” The NCA believes that administering punishment on cannabis users and sellers is unfair. No one’s rights are violated in the act of buying, selling or consuming cannabis. To punish someone for causing no harm to others is in contradiction of the concept, “the punishment should fit the crime” because the impact of the “crime” is negligible, or non-existent. However, there is the possibility that buying, selling, or consuming may indirectly relate to causing harm to others. The NCA believes that this is an area for regulation and corresponding punishment, rather than outright punishment for the act of buying, selling, and using cannabis.

The criminalization of cannabis has contributed to its distribution and use on the black market. By legalizing and regulating cannabis, we promote greater transparency in its distribution and use. With cannabis products bought and sold like any other product, the government is able to collect taxes on its exchange, and more accurately measure its use. Further, we believe that the illegality of cannabis has likely inhibited the proper, comprehensive testing on the impacts of cannabis use. We believe that decriminalization will result in more testing and studies that will shed better light on its impacts, both positive and negative. More transparency in this regard will lead to people being better informed and better equipped to make decisions about cannabis use.

Finally, the NCA values a people-based democratic process, which is rooted in the concept that the people have sovereign authority over political affairs. Recent polls suggest that the majority of Canadians support the decriminalization of cannabis. Laws contradicting the view of the people when there is no harm to minorities or constitutional issues, represent a misalignment of Canadian law with the beliefs of its citizens.

The NCA believes that there is insufficient evidence that the use of cannabis is harmful enough to society to warrant illegality. While studies suggest there are negative and harmful effects of cannabis use (such as memory loss, disorientation, and possibly some forms of cancer), none of these effects in and of themselves represent a violation of anyone else’s rights. Without demonstrating a real and meaningful harm to society, the case for criminalization is unsound. The decriminalization of cannabis (or its legalization and regulation) will result in the freedom of Canadians to enjoy cannabis for recreational, medicinal, and commercial purposes.

The NCA embraces the decriminalization of cannabis policy because by this we will place the responsibility for managing cannabis dependence under the Ministry of Health rather than the Ministry of Justice. With this step, the official response toward cannabis dependent persons shifts from viewing them as criminals, to treating them as patients. Not only that, decriminalization of cannabis should result in a reduced rate of ordinary crimes related to drug consumption.

While the NCA believes that cannabis use alone does not constitute a threat to Canadian society, its use in concert with other activities may become a danger. We believe that, much like the consumption of alcohol, cannabis use should be legal but regulated. For example, drinking alcohol is legal, but driving while intoxicated is not within specific thresholds, because it puts oneself and other people in serious, possibly life-threatening danger.

The government has a role in assessing and determining what constitutes dangerous or otherwise threatening use of cannabis. In particular, its non-medical use in conjunction with pregnancy, operating heavy machinery, and by minors should be banned outright.

The NCA believes that law enforcement agencies should be given the proper tools they need to regulate the use of cannabis. Police input should be sought in the process of developing cannabis related laws, as they have the most direct, first-hand experience in addressing its use in a legal context; and current users of cannabis should be consulted as well.

The NCA acknowledges that the full consequences of decriminalization are unclear at this time. The government should monitor U.S. states that have taken steps toward legalization, such as Colorado and Washington, as test cases, and should incorporate observations on these cases in formulating Canadian cannabis policy over time. In addition, the government should learn about the impact of cannabis legalization in countries like the Netherlands.

The decriminalization of cannabis represents the opportunity to tax its sale, much like alcohol is taxed. Portions of these proceeds would be allocated to cannabis-related research, education, healthcare and regulatory enforcement.

As a summary of this proposed framework for the legalization and heavily regulated use of cannabis in Canada, the NCA supports:

● Establishing a legalized, decriminalized and regulated framework related to cannabis (including its by-products) in Canadian society, similar to what is in place for alcohol

● Educating Canadians on the regulated framework of cannabis

● Decriminalizing the possession of cannabis and its by-products

● Legislating to decriminalize possession, and implement policies to regulate the legal cultivation, possession, distribution, consumption of and education on cannabis and its by-products

● Prohibiting the use of cannabis in public places and places of employment, including but not restricted to places of education, public spaces, non-private areas of apartments, law enforcement, transportation, childcare, and health services – unless the use is part of supervised health treatment

● Prohibiting and policing the operation of any motor vehicles while under the use of or while impaired by the effects of cannabis or its by-products; establishing enforcement mechanisms and procedures including severe penalties in situations where innocent people are harmed by cannabis users

● Prohibiting the possession and consumption of cannabis products for non-medical purposes by, as well as prohibiting the provision or distribution of those products to, children and persons under the age permitted to consume alcohol (18 or 19) as established by the provinces and territories

Public perception of cannabis has changed since it was first criminalized in Canada in 1923, and the NCA believes that public policy should reflect this change, considering there are no compelling reasons to do otherwise. The NCA believes that the criminalization of cannabis represents an infringement on our values of freedom, fairness and transparency. Cannabis should be decriminalized for recreational, medical, and commercial purposes. Its use should be appropriately regulated, and its sale taxed at reasonable rates, with the proceeds to contribute to research, education, healthcare, and regulatory enforcement. The NCA is open to new ways of looking at cannabis through scientific evidence, which may cause the NCA to amend its cannabis policy. The NCA will collaborate with any political parties in Canada willing to legalize cannabis within a framework acceptable to Canadians, which would include the heavy regulation on the cultivation, distribution and use of cannabis and its by-products.