The National Citizens Alliance (NCA) is 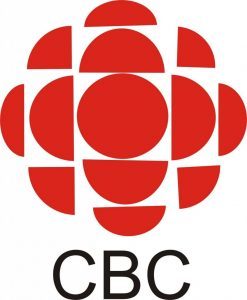 committed to serving the Canadian people. This service includes fiscal responsibility with the people’s money in the form of tax dollars, and protecting and enhancing Canada’s traditional identity, heritage, cultural norms, and way of life.
The Canadian Broadcasting Corporation (CBC) is a federal crown organization, that is dependent on Canadian tax dollars for funding. In 2016, the CBC received $675 million tax borrowed money with $150 million increase per year to 2020/2021. In 2019, the CBC received $1.2 billion in public funding. Consequently, the CBC is part of the multi-controlled establishment that created the lockdown fearmongering and caused the financial debt crisis, and the CBC is being used to push the establishment’s globalist propaganda.

The National Citizens Alliance believes that the CBC should be in service of the Canadian people, not globalist bureaucrats and establishment politicians in Ottawa and those individuals and organizations in the shadows pulling their strings.
The NCA supports major reform of the CBC in terms of its structure and content.

● Reviewing the corporate structure of the CBC, and eliminating all redundancy and inefficiency ● Establishing an overarching mandate of the CBC to promote and enhance Canada’s traditional identity, heritage, cultural norms, and values ● Establishing in the CBC a professional journalist etiquette based upon factual, objective reporting ● Establishing a public board of qualified citizens to oversee the CBC The NCA welcomes feedback on its policies. Please send policy feedback to info@nationalcitizensalliance.ca * CBC Censorship CBC blocked a National Citizens Alliance video on youtube that exposes misinformation and spin from the CBC and other media outlets in their reporting of the Red Deer Protest 2017. The Canadian tax payers subsidy the CBC, and yet the CBC is censoring Canadian tax payers. Further, the National Citizens Alliance was within its full “fair use” rights to use excerpts from a CBC broadcast. We filed a dispute with youtube under fair use: Fair dealing is a user right contained in the Copyright Act. Fair dealing allows you to copy from a copyrighted work, without the copyright owner’s permission, if: the copy is for one these purposes: research, private study, education, parody, satire, criticism, review or news reporting; and your dealing (use) is fair. Here is the video the CBC blocked: Media Coverup of Sexual Groping at Lindsey Thurber High School Red Deer, Alberta: Red Deer Media Spin