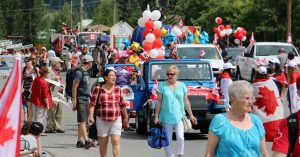 that the immediate family unit comprised of a mother and father, children is an essential building block of a prosperous, secure, united Canada.

The post national globalist establishment agenda threatens our family unit because it attacks the individual and family unit through political correctness and extreme multiculturalism. We see this through C-16 that criminalizes speech and actions related to sexual orientation, and gender identity or expression. We also see it through the open borders immigration policy of the federal government.

In addition, we see the threat to the individual and family unit through the welfare, nanny system of governance, including increased accommodation of special interests and political agendas in our schools. For example, in British Columbia, through SOGI Education Initiative, new curriculum is now in place that teaches children in kindergarten that there is NO heteronormative (male – female), and teaches children in grade 9 and 10 about sexual identities including heshe, shehe, it and so on (progressive gender identity theory), and influences them to choose their sexual identity.

Further, we see a similar threat to the individual and family unit through Ontario’s Bill-89, which gives the nanny provincial state the power to even take away children from parents who don’t reaffirm their children’s gender confusion, should there be any. Religion has been removed as justifiable grounds for such parenting in Ontario, and any attempt to change the children’s minds is deemed a form of child abuse.

● Supporting a Motion that condemns honour killing, and mentioning in the Discovery book for new immigrants that honour killing has no place in Canada, and anyone who engages in honour killing will face severe justice

● Requiring integration of new comers to Canada, and screening applicants for ideological beliefs and values that are counter to liberties and civil rights

The National Citizens Alliance believes that the integrity of the family unit is an essential part of a united, prosperous, secure Canada. We will work with any party that shares our vision of a strong family unit as a cornerstone of Canada.