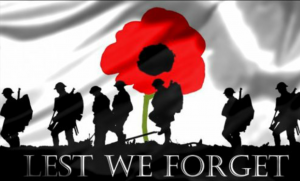 The National Citizens Alliance (NCA) is committed to ensuring that all veterans injured while serving Canada receive sufficient treatment when they return home or are injured while on duty. This extends to medical care, support for veterans transitioning back into civilian life, and assistance for the immediate families of deceased veterans.

Currently, the principle legislation involving veterans are the Pension Act (1985), the New Veterans Charter (2006), and Veterans Review and Appeal Board Act (1995).

● Establish the Canadian government’s inherent legal and moral obligation to care for veterans injured while serving Canada, whether in war or peacetime and regardless of time of service, in all relevant Acts of Parliament

● Replace the Veterans Review and Appeal Board with an independent board comprised of veterans with relevant medical and/or legal knowledge and expertise. Create an independent Veterans Court made up of federal judges and administered by the Federal Court. The medical/legal board would review and determine appeals of veteran applications previously rejected by Veterans Affairs Canada. The Veterans Court would hear judicial reviews of veteran applications, and have final binding say on the application decisions and judgements

● Select a panel made up of an equal proportion of key stakeholders, veteran association representatives, members of the public, and federal government representatives to appoint the veterans ombudsman

● As consistent with our foreign policy, never put our armed forces in harms way through conflicts centered on nation-building and economic exploitation, and never use our armed forces as a means to an end such as attaining a non-veto seat on the United Nations Security Council

The NCA is committed to guaranteeing inclusive and high-quality medical treatment and support for veterans at any cost. The NCA will work with any political party to bring about necessary changes to the current veteran policies.