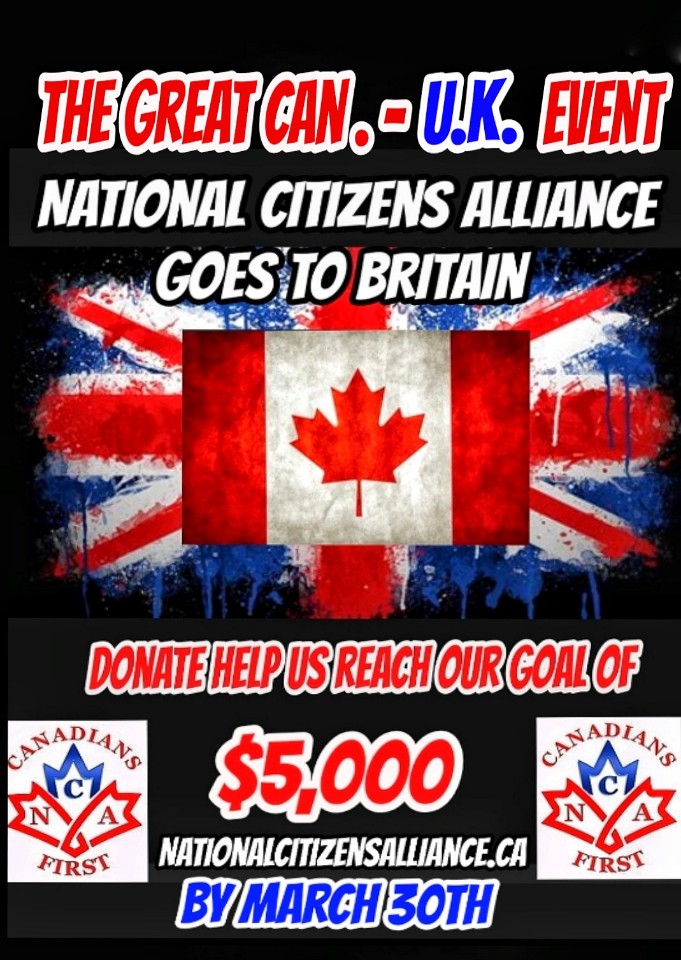 NCA Leader Stephen Garvey and Chief Agent Adrien Bordage have been invited across the pond for what is being called the Great CANUK Conference with like-minded British nationalist/populist political groups.

Get a ring-side on the ground view of what’s really happening in Britain with multiple live videos being streamed daily.

News and views you won’t see in the mainstream media.

We have a fundraising goal of $5,000 to cover their travel expenses. The Deadline is March 30th.

Please DONATE today. We will be posting our progress. If you wish to donate anonymously your wishes will be honoured.

National Citizens Alliance doesn’t have trade unions, dodgy businessmen, globalist corporations shovelling funds into our coffers, like the mainstream parties, nor do we have mainstream media pushing our party brand, vision, and platform, nor do we allow a revolving door between corporate boardrooms and the federal government.

We survive on generous contributions from the ordinary people of Canada.

Help Fund Taking Back Our Country:

Cheques should be made out to “National Citizens Alliance”, and be mailed to: 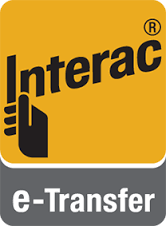 You need to go to your bank and click on the tag that says email money transfer. Once you get there, you will need set up a transfer account for NCA using our email address, donations@nationalcitizensalliance. Then you need to click on send email transfer to us. Once there you will need to enter the amount of donation you want to send to us. Then send the email transfer to us. (No security password is necessary as we are set up for auto deposit. ) Thank you.

Please include your name, address, and email address for any donations so we can send you a tax receipt.

Thank you for your support!