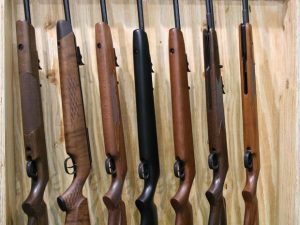 The National Citizens Alliance (NCA) supports laws that regulate the possession and use of firearms. The NCA believes that a balance needs to be attained between the freedom to bear arms (for occupational, recreational, sustenance, and protection uses) and the safety of society.

The NCA seeks to prevent firearm crimes before they happen, rather than target and discriminate against innocent Canadians, and have tough measures against Canadians who break firearm laws. This approach is similar to our immigration policy, in which we seek to prevent radical extremist ideologues from entry on Canadian soil, while we have the toughest measures on acts of terrorism.

● Decriminalization of the possession of all legal firearms by amending sections 91 and 92 of the Canadian Criminal Code to the effect that firearm owners with expired PAL possession license are not deemed criminals.  Currently, there is a 6-month grace period followed by criminalization and/or firearm confiscation.  Automobile owners do not face criminalization for expired licenses, so why are firearm owners being singled out? NCA wants this discrimination ended

● Immediately cancel the Order in Council from May 1st 2020 Banning over 1500 firearms overnight and also Repeal Bill C-71 and Repeal Bill C-21.

Next we will launch a full review of the firearms act in consultation with leading legal experts and the public to create new legislation on Firearms in Canada that focuses on the prevention of crime and focus on those committing crime for prohibitions and limitations to access of firearms. Citizens of a Free Nation with thorough training, discipline and tradition shall have the Right to possess and use

● Create one license to purchase and acquire firearms that may be obtained by any Citizen who is 18 years and over, has completed a training course(s) that include both written and practical testing and whereby no order exist by law preventing the granting of said license

● Restore reasonable privacy rights to firearm owners by repealing Sections 101 to 105 in the Firearms Act. The PAL Holder will provide to the governing body for licensing an address of preference for all forwarded mail.

● Reduce the restrictions on carry and transportation of restricted firearms in cases of self-defense to include an imminent and reasonable threat to one’s life and/or family, and in which police protection is reasonably insufficient by allowing regulated conceal and carry. Currently, there are severe legal restrictions on carry and transportation, which make the pretense in the Firearms Act that Canadians have a right to defend themselves with firearms meaningless. It should be noted in U.S. states that allow open carry lowered violent crime by 23 percent lower, and the murder rate was 5 percent lower, the aggravated assault rate was 23 percent lower and robbery rates were 36 percent lower.

A citizen has the Right to protect ones self, family/friends/community and/or property from imminent threat of harm either demonstrated, threatened or perceived while the victim of a crime. We support this right in a constitutional amendment.

Such right should be limited in that said victim may be responsible for the harm to any other person and or property also harmed in the act of that defense who is not charge with or accessory to the crime of which one is victim. No Citizen who is the Victim of a crime should be subject to arrest or be forced to prove ones need to protect self, family or property.

● All firearms not in current physical possession and or direct control observation are considered not in use and are subject to the requirements of safe storage of firearms.

The NCA supports the following that are already Canadian law:

● Strong penalties for firearms-related crimes, with the possible addition of capital punishment for the most severe crimes

● No person should have the freedom to bear arms who fails to pass the Canadian Firearms Safety Course, or prohibited from possessing firearms from a court order

The National Citizens Alliance supports responsible and sound gun regulation whereby a balance is attained between an individual’s freedom to own and use a firearm, and the safety of society. The NCA takes a preventative approach that does not discriminate against law abiding firearm owners. The NCA will work with any party that shares its vision of gun regulation.