The basis for National Citizens Alliance (NCA) justice system policy is access to justice, prevention of crime, enforcement of criminal law, and correction of criminal behaviour within the parameters of broad and long-term societal good. The NCA acknowledges the interconnectedness of criminal behaviour with the imperfections of society, and at the same time, the importance of individual accountability. The NCA supports rehabilitation of individuals through vocational training and basic life skills training. The NCA will approach crime in this broad framework in an effort to minimize crime and improve society, including the Gross Domestic Product. 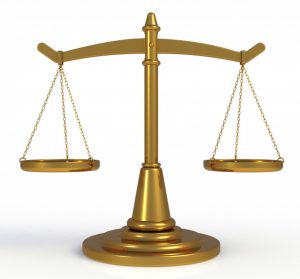 The NCA believes that access to justice must be a priority because it is the basis for justice. Therefore, NCA supports an increase in the eligibility for legal aid from a maximum $30,000 individual income to a maximum $50,000 income.

Further, the NCA supports unbundling legal services such as legal education and filing requirements, so that legal aid and paralegal organizations can take on a greater role in providing legal service to Canadians seeking justice.

Furthermore, the NCA supports reducing the restrictions on self-represented litigants in order to increase access to justice.

The NCA will support the police, RCMP, courts, correctional officers, and all other law enforcement agencies in the effective execution of their responsibilities. The NCA will work with these organizations, applying their unique insight and experience, in collaboration with NCA principles, to develop and establish a better criminal justice system. This includes providing law enforcement with the proper tools and training to address electronic crime.

In addition, the NCA supports accountability in regard to Rules Committee by creating a citizen-based watchdog to for example report instances in which rules of law are violated.

Further, the NCA supports review of judge training procedures with the purpose of amending and adding any procedures will enhance public justice

The NCA believes that finding a person guilty of a crime cannot be taken lightly. As a result, the accused should be guaranteed certain fundamental rights that must be respected until the judge or jury makes a decision.

These rights include the presumption of innocence: The NCA ensures that the accused does not have to prove his or her innocence. The prosecutor must prove that the accused is guilty beyond a reasonable doubt. The judge and jury must be fair so that they can’t be prejudiced against the accused during the proceedings.

In the event of a wrongful imprisonment as the result of a mistaken conviction, we support appropriate compensation and clearance of said person’s good name, to the greatest reasonable extent possible.

While the NCA recognizes that criminals forfeit some of their rights as a result of their criminal actions, we also respect their basic human rights, including during any time spent in a correctional facility.

The NCA opposes the use of non-voluntary labour of incarcerated criminals. The NCA support the voluntary employment of criminals, provided such employment can be reasonably accommodated, and it is consistent with the employment principles of CORCAN, the rehabilitation Special Operating Agency of the Correctional Service of Canada.

The NCA seeks greater transparency and accountability within Canada’s prison system, both for inmates and administration. The current climate of violence in prisons must end, as it represents a violation of inmates’ rights and contributes to further violence by inmates upon removal from prison. Canada’s prison system must be held to a higher standard that reflects the behaviour of our good society in general. We will order random audits of prisons to create accountability and identify the greatest trouble areas to be focused on.

The NCA opposes the privatization of the prison system. Law enforcement and corrections are a legitimate purpose of government. The NCA believes it is inappropriate and potentially dangerous to transform them into for-profit systems run by private corporations, as the underlying goals of for-profit organizations are largely incompatible with the goals of law enforcement and corrections.

The NCA supports legislation for tougher sentencing guidelines. Our party does not support reduced prison time for “good behaviour,” as we believe good behaviour should be an expected standard, not a special achievement. At the same time, the NCA will revoke mandatory minimum sentences as the federal government should not dictate to the courts, and sentences should be decided on a case by case basis by the courts without unreasonable conditions by the federal government.

However, the NCA will work to implement a system whereby criminals who undertake rehabilitation programs, achieve predefined rehabilitative milestones, and demonstrate personal change (as measured by qualified personnel) should be eligible for reduced sentences. Since one of the purposes of imprisonment is to encourage change in behaviour, then those criminals who succeed in doing so should be recognized in kind.

The NCA supports capital punishment for the most serious egregious crimes, but at the same time, we believe that only the Canadian people through a national referendum should decide whether or not Canada re-institutes capital punishment. In addition, we support deporting foreign criminals.

The National Citizens Alliance supports efforts to rehabilitate criminals and reintegrate them into society, and the NCA supports government spending on such programs where the costs of rehabilitation are likely to outweigh the on-going costs to society of non-intervention. However, criteria should be established for meeting basic principles of prisoners’ rights, victims’ rights, seriousness of crimes committed, and cost limits. Further, the advocates of any given rehabilitation program must be able to demonstrate a minimum success rate in order to be eligible for government funding.

The NCA believes that rehabilitation efforts will generally not be successful without the voluntary participation of the criminal. Therefore, rehabilitation programs should not be mandatory.

The NCA believes that forms of rehabilitation can help to reduce the number of repeat offenders who return to prison after being unable to adapt to life outside of prison. This rehabilitative step can also help to solve some of the more serious cases such as sexual offenders who may continue their ways after being released, preying on women or children.

Furthermore, the NCA asserts that criminal rehabilitation can help to solve the problems of overcrowding in most prisons, and rehabilitation gives prisoners an opportunity to increase their knowledge base. This educational step is essential as studies show that many inmates do not have basic grade school education. This lack of education would severely impede their success of acquiring employment, and thereby causing a return to criminality.

Rehabilitation also ensures that inmates are socially well adjusted. According to the NCA view, criminal rehabilitation has many positive benefits, and it can impact the lives of many inmates as well as their families. Further, it can help with wider social issues as well, such as discrimination and stigma.

The NCA will recommend the creation of an inventory of criminal rehabilitation programs, both currently active and of those run by the government in the past but canceled. We will undergo a quantitative and qualitative analysis of these programs, reviewing costs, effectiveness, and success rates, as part of our efforts to invigorate the system with a new and improved series of rehabilitation programs for the future.

The NCA’s rehabilitation approach to crime is emphasized even more strongly in relation to young offenders. We believe that people are most susceptible to change and learning at a younger age, and we believe that by capitalizing on these factor, we will have a great opportunity to prevent young offenders from beginning a lifelong cycle of criminality. Therefore, the National Citizens Alliance is committed to supporting children in early grades and troubled families, in order to prevent youth from getting caught in the justice system.

The NCA will support an on-going public education campaign with the aim of deterring the public from engaging in criminal behaviour. These efforts will be aimed at young people and in particular. Such programs might include demonstrations of the effects of drunk driving, visits to remand centres, a public “Law Day” at the courthouse, presentations by convicted criminals, prison guards, etc., and open house events at prison facilities.

The NCA supports programs that prevent youth involvement in gangs, sexual exploitation of children and youth, and youth violence. The NCA believes that a community is the safest when everyone works together and supports activities that reduce crime, violence and victimization. The NCA will ensure that every resident and organization will have opportunities to make a difference.

Victims’ Rights
Victims of criminal activity should have the following rights recognized and upheld:

● The right to participation in criminal justice process

● The right to safety

● The right to address the perpetrator, if desired

The NCA believes in a criminal justice system that properly punishes criminals, supports effective rehabilitation efforts, protects the rights of victims, and adequately supports law enforcement agencies. We will work with any other political party to achieve these ends.