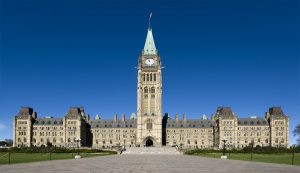 The National Citizens Alliance (NCA) believes that public service for an elected official should never be motivated by financial gain. Therefore, the NCA is committed to eliminating the financial incentives to run for public office.

Currently, the average salary of federal elected officials are approximately. These figures do not include travel allowances and paid staff:

In addition, the National Citizens Alliance supports reducing all pensions for elected officials regardless of their position in government closer to that of the average retirement pension of the Canadian people: approximately $50,000 per year for life after serving two full terms. These pensions would kick in once the MP reaches the legal requirement age, and they would be retroactive. Currently, most federal elected officials get approximately $100,000 per year for life, while elected officials in senior positions get significantly more like the Prime Minister, who gets close $500,000 for life after serving just 1 term.