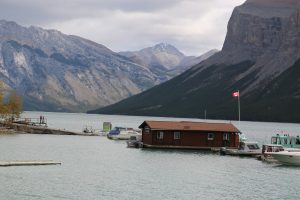 believes that Canadians have a right (legal entitlement) to quality, sufficient, physically accessible, and affordable drinking water as a public resource, and reasonable sanitation. Water is a vital and fundamental requirement of human survival. Without water, human life is not possible. To deny water is to deny human life.

In addition, the NCA believes that the federal government has a constitutional duty and responsibility (under Section 91 of the 1867 Constitution Act) and as part of “peace, order, and good governance,” to protect Canadian water from undue harm, including harm associated with fisheries habitats, bulk exports, and navigable waters.

Further, Canada’s economy is dependent on water whether navigable waters for shipping and fishing, water for irrigation of agricultural lands, and water for oil sands extraction processes.

The NCA believes that Canadian water is critical to the well-being of current and future generations, and the environment. The NCA will reject outright any short-term, narrow legislation and policies that sacrifice the quality, accessibility, sufficiency, and affordability of Canadian drinking water as a public resource, and quality and quantity of other Canadian water.

In the world, approximately 2 billion people face water shortages in over 40 countries, 1.1 billion people do not have sufficient drinking water, and 2.4 billion people have no provision for sanitation. By 2050 at least one in four people is likely to live in a country affected by chronic or recurring shortages of fresh water.

The NCA supports the following

● Take a serious look at glyphosate, roundup and other herbicides and pesticides and their impact on all bodies of water and the health of the Canadian people

● Seek to amend the North American Free Trade Agreement (NAFTA) to establish clearly that water in its natural state is not a commodity, and bulk water is not a traded good

● Provide non-commercial bulk water exports in the form of humanitarian aid to countries facing emergency water issues, whilst no environmental harm from doing so or depravation of Canadian water needs

● Legislate that water is exclusively a public resource

● Monitor drinking water in each province randomly and publish the findings

The National Citizens Alliance believes that all Canadians including Aboriginal peoples have a right to quality, sufficient, physically accessible, and affordable drinking water as a public resource, and reasonable sanitation. Water is integral to human survival, and therefore the NCA believes that water protection and water as a public resource supersede commercialization and privation of water. The NCA is committed to banning all bulk water exports, increasing drinking water transparency and accountability in all provinces, and raising the water and sanitation standards of Aboriginal peoples to that of the setter population. The NCA will work with any other party that shares its values and vision for Canadian water.