The Canadian Human Rights Act (1977) serves an important legislative purpose of dealing with acts of unequal opportunity to individuals who are victims of discriminatory practices.

However, the Canadian Human Rights Act only deals with discrimination based upon “race, national or ethnic origin, colour, religion, age, sex, sexual orientation, gender identity or expression, marital status, family status, genetic characteristics, disability or conviction for an offence for which a pardon has been granted or in respect of which a record suspension has been ordered.”

There is no mention of discrimination based upon false allegations.

In our politically correct society coupled with the federal government’s globalism agenda, there is growing discrimination upon false allegations to deny equal opportunity.

This discrimination is anti-Canadian.

The National Citizens Alliance supports adding discrimination based upon false allegations as a prohibited grounds for discrimination. 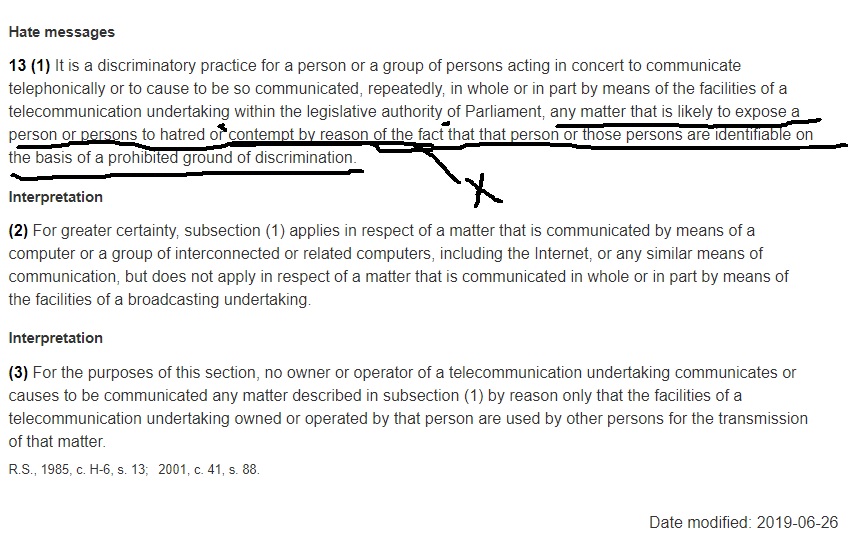 In addition, Section 13 (1) of the Human Rights Act needs to remain repealed as this Section amounts to online censorship of criticism of any individual or group. “Contempt by reason of the fact” is grossly arbitrary. For example, someone being critical of LGBTQ orientation or people online may be subject to charges under Section 13.